The following article was supplied by Steve Noakes, Binna Burra and written by John Marshall from Bushwalking Queensland. Thank you! 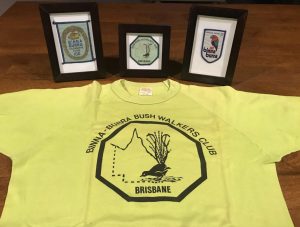 In August 1964 a bus camping tour to Central Australia was organised by Donn Groom which was quickly booked by regulars to Binna Burra Lodge. Many participants had walked together previously on the Lamington tracks and had experienced the conviviality of camping and lodging at Binna Burra.

On return, because they had thoroughly enjoyed the trip, most of the group decided to stay together and form a bushwalking club. Binna Burra Lodge gave approval to use the name, and the formative Binna Burra Bushwalkers Club commenced running group walks in November of that year with the first general meeting held in December.

However more formalities in the form of a Constitution, Badge, bushwalking Ethics and Newsletter had to be considered and consequently March 1965 was determined to be the official commencement date. The first President was Kev Moxley. Club meetings were initially held in a private home at Kenmore, followed by hired meeting rooms in several CBD locations, often just one step ahead of developers keen on demolition of same!

In the early years the club quickly earned the reputation of running some challenging walks, with Binna Burra identities actively involved. The club always held its early Christmas parties at the lodge, the festivities of the evening often preceded by a “decent” day walk such as abseiling down the Coomera.

Over time as the club matured and expanded its walking horizons locally, nationally and internationally, the close association with Binna Burra diminished. We spent a lot of time explaining to prospective members that we didn’t only walk at Binna Burra! Consequently, in July 1997 the name was changed to Bushwalkers Of Southern Queensland as a precursor to incorporation.

The club held its 50th Anniversary at Brookfield Hall in May 2015 and it was pleasing to see many original members attend and relate their stories about the club’s early years. 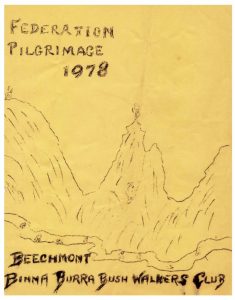 Queensland Walks recommends that you   find out for yourself by visiting beautiful Binna Burra. Check out the activities, guided walks with Park Tours 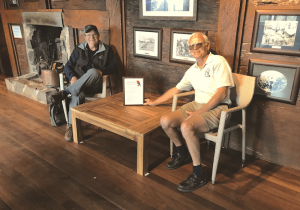