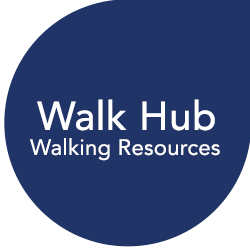 Improve Walking in the Community

Note: we use the word footpath to describe the paved (with concrete, bitumen, or pavers) path, as opposed to the verge, which is the space between the road and the property boundary

Footpaths are really important because they make it easier for people of all ages and abilities to walk. Unstable surfaces make it less safe for elderly and very difficult for those with prams or wheelchairs. They also provide a better walking surface in the rain.

Even if cars aren’t parked over the footpath, their weight compresses the ground, making it harder for grass and tree roots to grow. It’s illegal throughout Queensland and we encourage you to report illegal footpath and verge parking to your local authority. 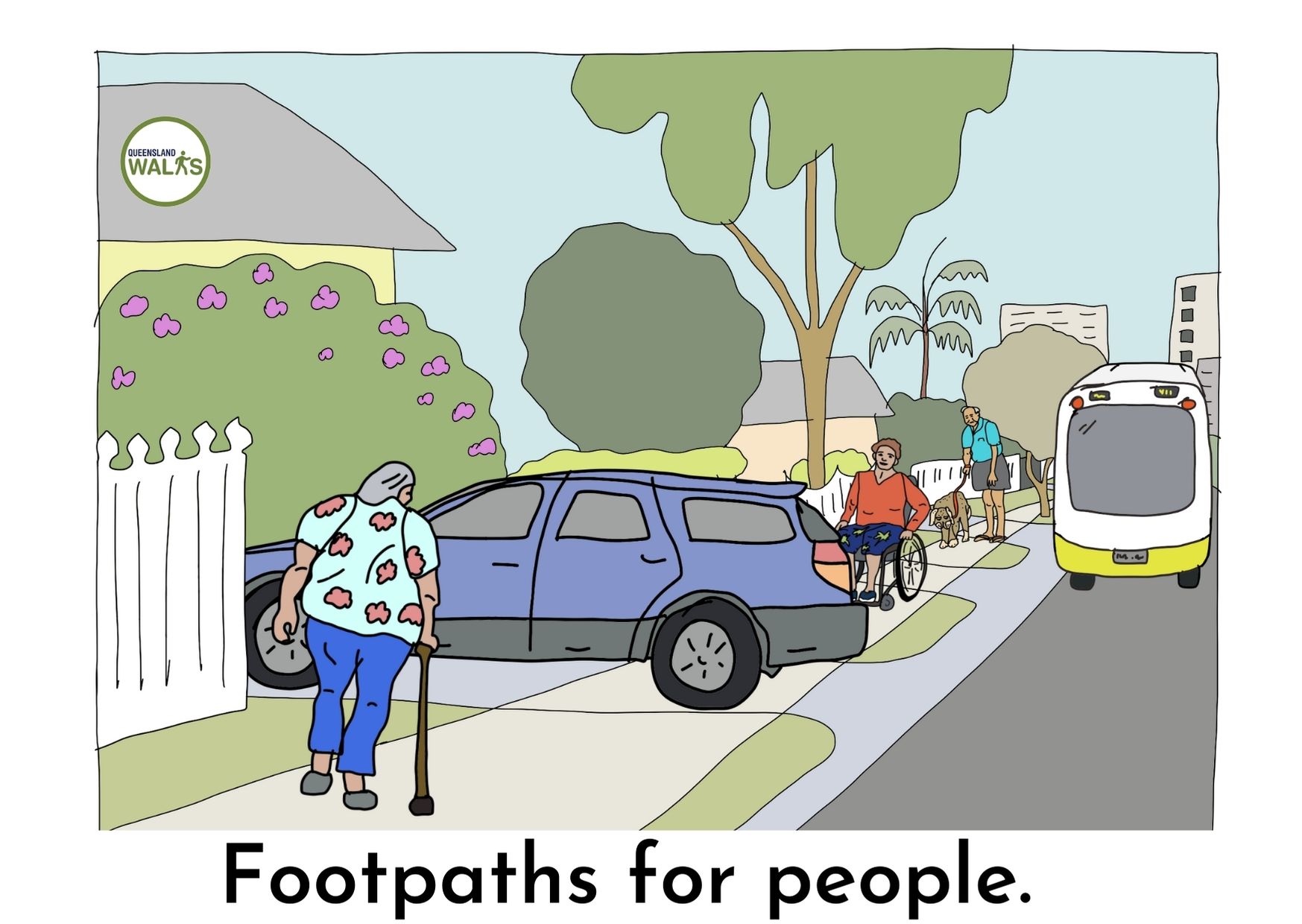 Ramps make it safe and easy to get from the footpath and to comfortably cross the road; especially for those in a wheelchair or pushing a pram and for those who are less steady or confident on their feet.

Kerb ramps should (generally) be perpendicular to the gutter and point directly to another ramp across the street and be wide enough for busier areas. Kerb ramps shouldn’t be too steep so that they’re easily used by people in wheelchairs and walkers.

Lower speeds make it safer and more pleasant to walk.

You can find out resources here:

If you think the speed limit in your neighbourhood is too high, you can ask your local representative to ask for a review. This may be more successful if the area has high levels of people walking and/or cycling, called a High Active Transport User Area (HATUA).

Traffic speeds can be regulated by changing the speed limit and signage, but changing the road environment (though things such as trees, kerb build outs, narrowing lanes) is more effective as people naturally drive slower in these areas.

Not everyone has a drivers licence, can drive, or is eligible to apply.

Some people don’t want to drive. They might prefer not to for various reasons, such as a desire to minimise their impact on the environment, to improve their health and be more active, or driving might be too stressful for them.

Some people can’t afford a car. When you add up repayments, insurance, fuel and maintenance, owning a car isn’t cheap. Unfortunately, most of our towns and cities have been built so that a car is a necessity for most people.

Our aim is to ensure that everyone can get around easily by walking, and easily walk to the bus or train so that they can travel longer distances.

Would you like to start a petition to improve walkability?

Queensland Walks can help you create a petition. Contact us to find out how we can help!

Increase the budget for new footpaths and associated infrastructure

Increase the budget for new footpaths and associated infrastructure

We call on you to review the current budget associated with footpaths in your ward / area. Footpaths are essential for people to get where they need to go, to school, to work and to support local businesses. We noticed that there is a very well maintained road in the street, but there is no way for our community to comfortably walk. People with a disability or parents with a pram are unable to easily get to the bus stop. As such, the footpaths are not adequate in [street / town/ suburb name] . We call on you to review the current footpath budgets, and increase the allocated budget for new footpaths, and the budgets for maintenance of footpaths in response to the walking, rolling and strolling needs of your residents, and to reduce the risk of fatality and injury and the overall safety for people who walk, roll and stroll. We thank you for encouraging more people to be able to walk more every day, and allowing residents to improve their physical and mental health and wellbeing through active and healthy lifestyles. We look forward to your support for better walkability as we prepare for the 2032 Paralympic and Olympic Games.

Signatures we are trying to reach: 50